American Express has been the global leader in travel currency services for over a century. With so many different alternatives to pay when travelling overseas, they decided to launch a superior pre-paid card in the Australian market.

Up until this point, all pre-paid travel cards in the Australian market had numerous fee’s attached to them. Using these cards overseas at ATM’s incurs a fee and not using them for a certain period of time will also initiate an inactivity fee.

Because of American Express’s vast international acceptance, and long standing history in the field of travellers cheques, they were confident that they could produce a product that was to a certain extent – fee free, within our local market and abroad, or at least free form most of the fee’s that their competitors charged.

We were tasked to create a unique campaign that would stand out against all other ‘card hero’ based advertising messages in market. The result was an integrated campaign that spanned outdoor, press and online, and a planned stunt that would place live animals in major capitol cities to launch the product, playing on the insight that anything can go wrong when travelling, but at least your currency is secure. 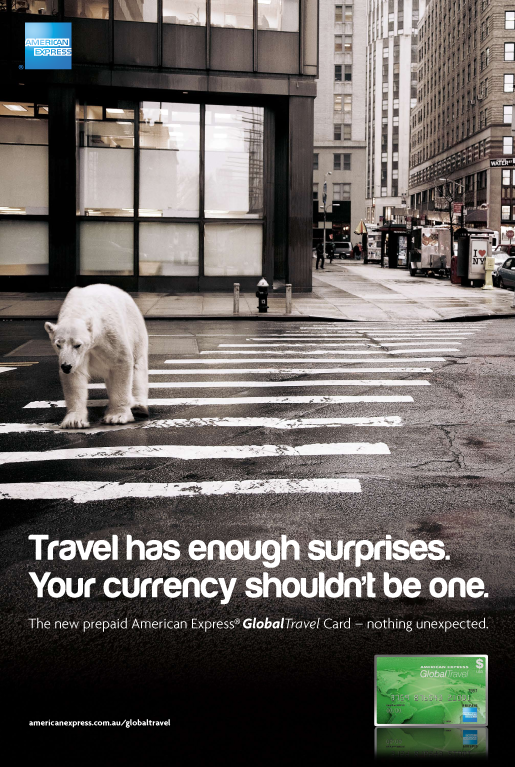 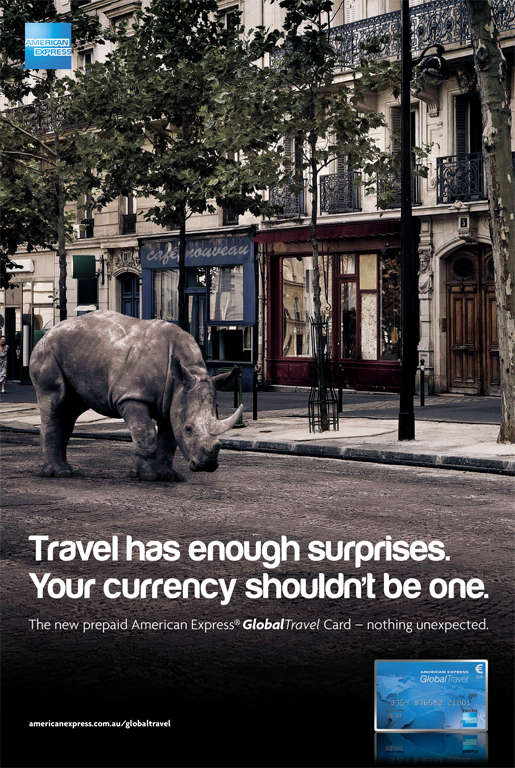