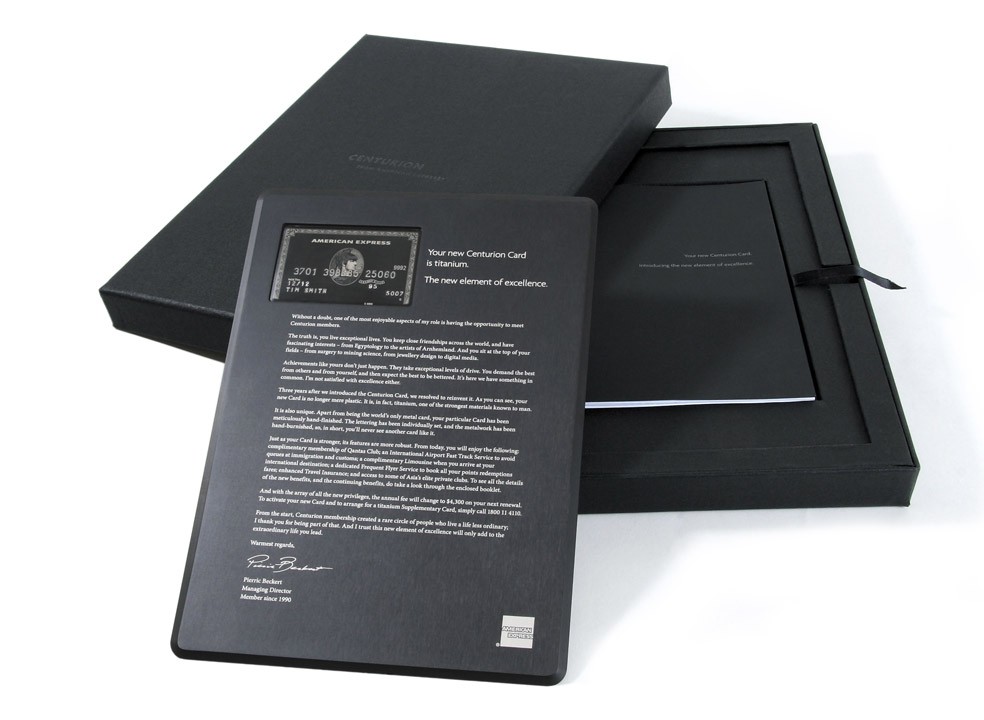 INSIGHT
For the über-wealthy to accept the increased fees of the Centurion Card (up from $2,800 to $4,300 per year), we would need to show some substance.

IDEA
The newly issued Centurion Card was made from titantium. So we would tell them the story of their new Card on a simple letter – but one printed on iodised metal. It dramatised the story that the new Card really was a “new element of excellence.”

RESULT
Client expectation was that we would achieve a 92% conversion rate and a spend uplift of 2%. Given the increased cost of renewal, the targets were ambitious.

The letter that felt exactly like the Card certainly caught the imagination. Centurion members took up the new Card with enthusiasm.

One told the telephone consultant that not only would he be taking the new Card, he would be framing the metal letter as well. The first round response yielded a re-uptake rate of 99.11% and successfully re-engaged 92% of members. Just as important, it took the mystique of the black to a new level.