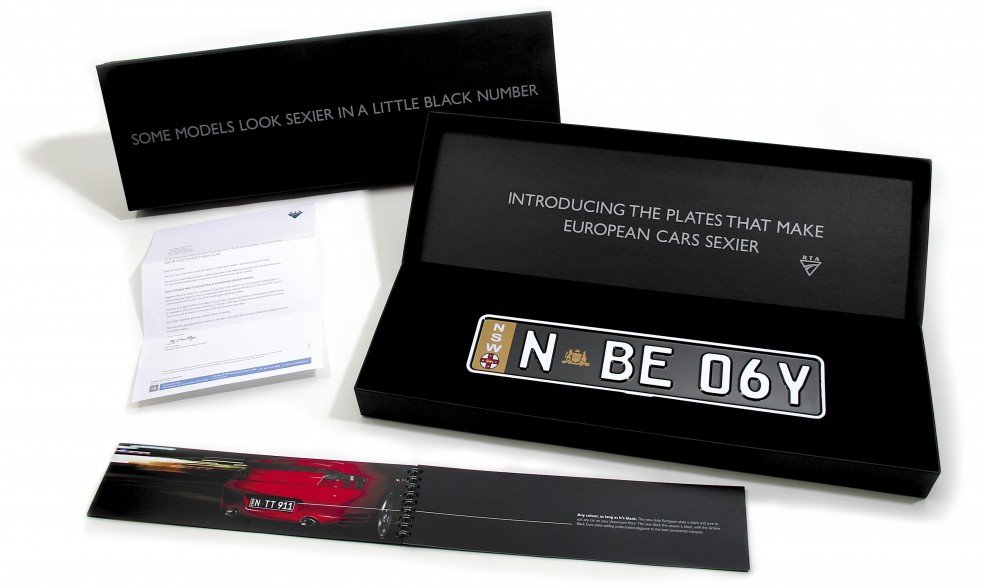 INSIGHT
To coincide with the launch of the Black Europlate, and in order to generate public interest, the RTA decided to hold a rare numberplate auction. Our task was to drive pre-event bidder registrations online in order to help ensure that the target revenue figures for the auction were reached. Our hypothesis was this: car enthusiasts will spend almost limitless amounts if an item is authentic and sufficiently rare.

IDEA
What can be more convincing than the real thing? To stimulate the interest of the highly influential car dealers, we would send a genuine plate. With that we developed a multi-channel campaign that targeted car enthusiasts, inviting them to an exclusive auction. We would use targeted press and email to generate pre-registration on the campaign microsite, then followed this up with DM, email and outbound telemarketing.

RESULT
The early registration push delivered 700 registered bidders – with an expectation that there would be substantial drop-offs on the day of the event. But the turnout was a healthy 350 bidders. The overall target for the auction of the selection of rare plates was AUD $1,200,000. The amount reached was $4,171,500. The numeral-only numberplate ‘288’ sold for the highest price at the auction – $120,000. 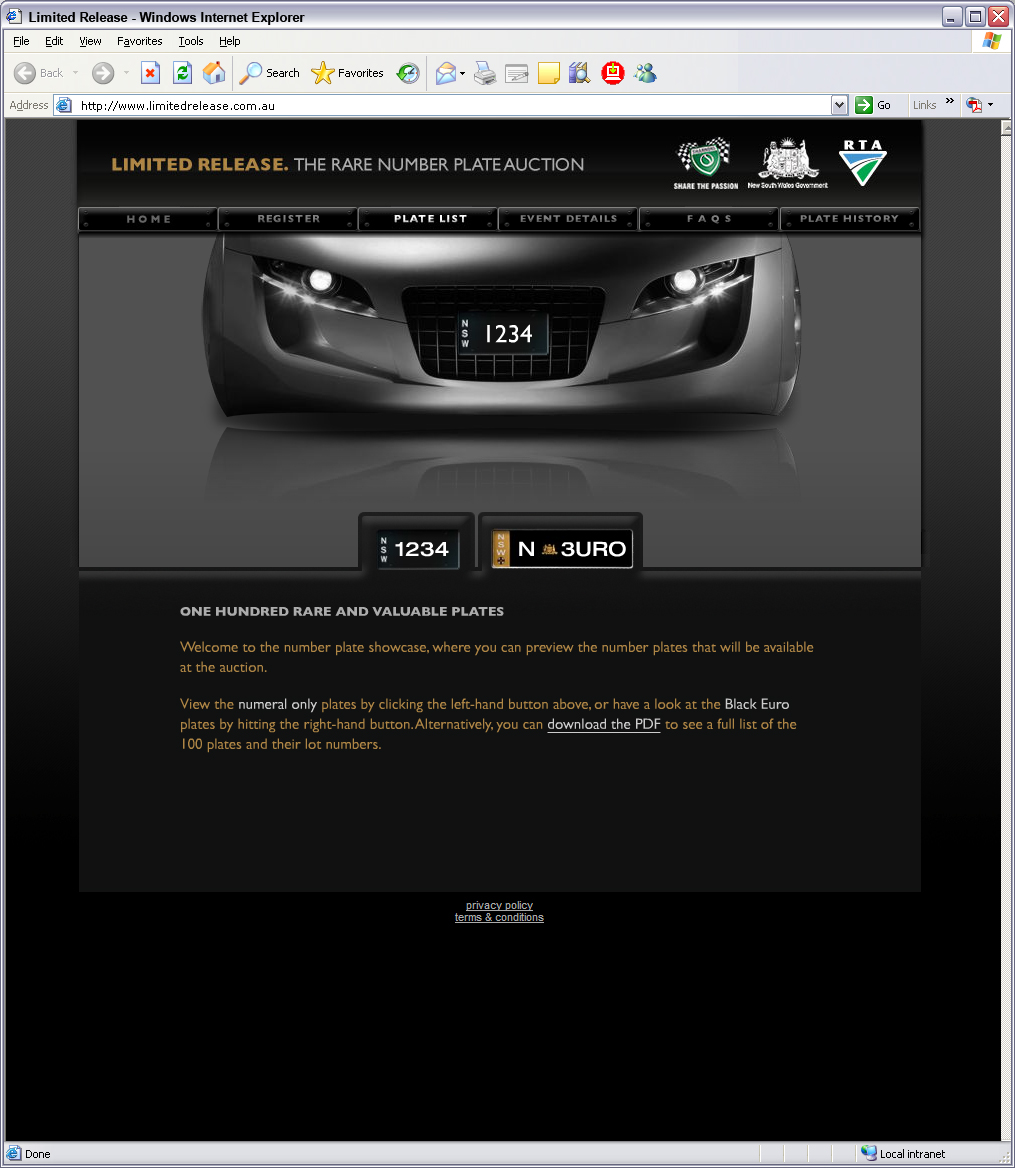