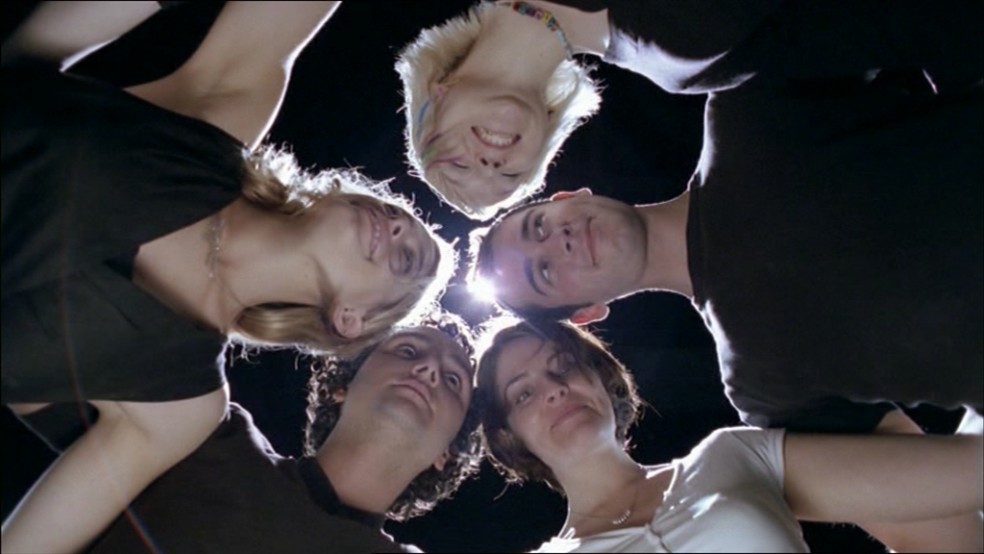 INSIGHT
Schizophrenia is the third most common form of disability, but probably the most terrifying. For the sufferer the terror comes from having your own thoughts turn against you. For friends and family, the terror is knowing there is, as yet, no cure.
A project begun by Schizophrenia Research Institute would commission the largest brain study ever. It aims to recruit 2,000 people with schizophrenia, and 2,000 people without schizophrenia by 2011.
With so many volunteers, and with about 40 top scientists working in collaboration, there’s a greater opportunity for a breakthrough. However, people with schizophrenia are not known for volunteering for such projects.
IDEA
Collaboration is the real promise of breakthrough. Our message became ‘Together, we’ll see the brain in a new light.’ By putting the emphasis on scientists and sufferers collaborating, it suddenly made the disease a little less frightening, and prospects for a breakthrough a little more hopeful.
RESULT
Effectively reaching Australians with this message has also been a remarkable act of collaboration between experts in tv, digital, and PR. Wonderfully, we were able to persuade Russell Crowe to do the voiceover. PR created such a successful media launch, that the ad was featured on national news. The result was that, even before the ad ran on commercial TV, 350 people had volunteered. And by the end of 2007, they had 2,500 volunteers – well ahead of target. 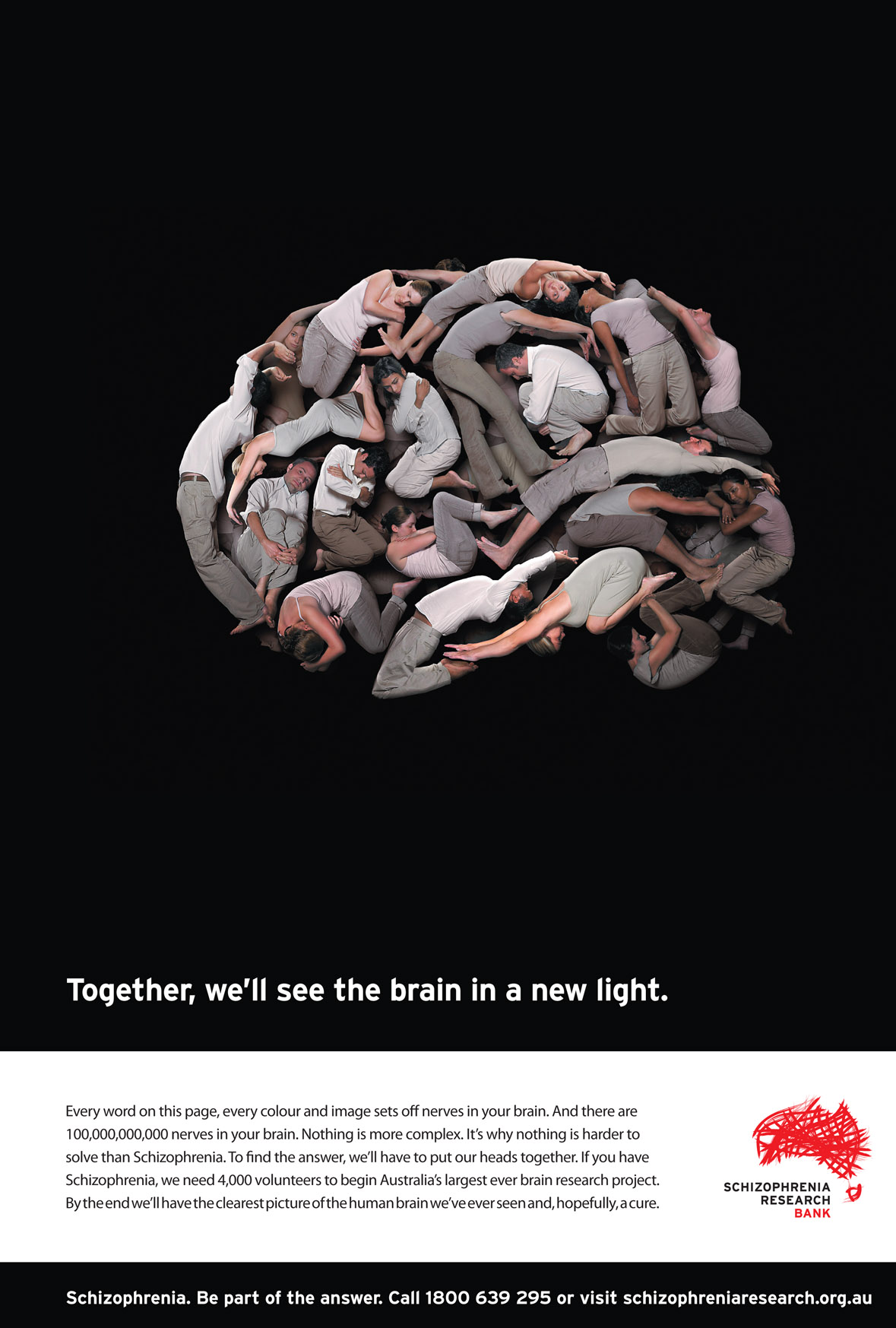